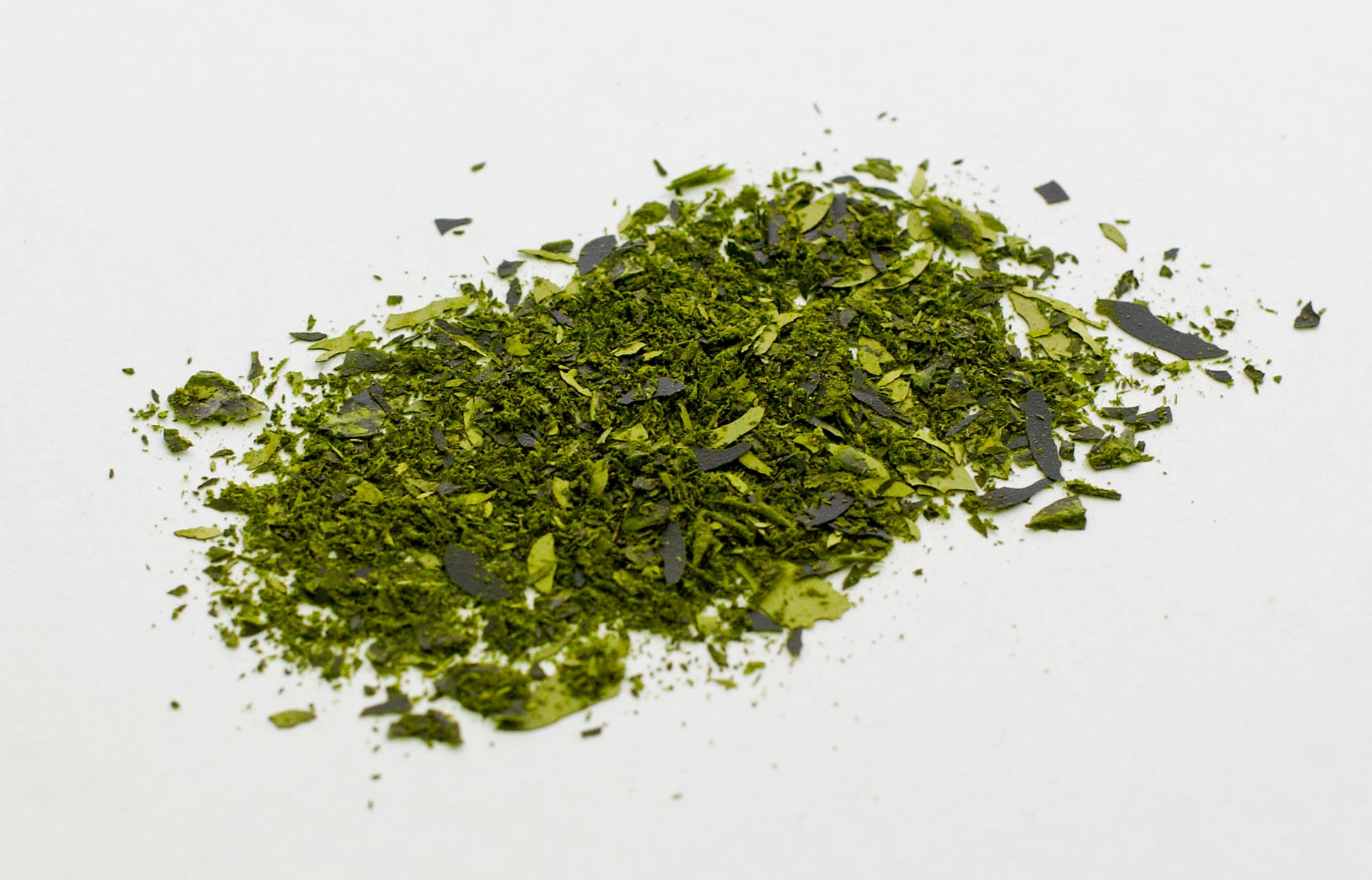 Algae are plants that live in water. They are roughly divided into macroalgae, such as seaweed and kelp, and microalgae, also known as phytoplankton.

The algae we grow at Simris are microalgae. Microalgae are microscopic plants that live in the sea, and belong to the earth’s most ancient organisms. They live on sunlight and form the basis of the marine food chain. This means that algae naturally produce many essential nutrients, which are necessary not only for sea-life but also for human and animal health and well-being.

Algae live basically anywhere where there is water, and can be found in the oceans, in lakes, and in rivers. They do not grow by becoming larger, but by dividing themselves, so they grow in number instead. In nature, you can not detect individual algae with the naked eye, but if there are enough gathered in a group, the water will shimmer with their colours. The green or red spots that can be seen on the rocks on the beach are also algae.

If you examine algae under a microscope, you will recognize an amazing variety of species. There are hundred thousands of different kinds of algae in the oceans, and most are still completely unexplored. Green, brown and red algae are most common, and the colour varies depending on the pigments (colorants) that algae produce to harness light. There are even bioluminescent algae, that are responsible for some visually stunning phenomena such as red tides and glowing waves.

Microalgae belong to the Earth’s oldest organisms and are the basis of life as we know it today. They are the origin of plants and gave rise to the planet’s oxygen-rich air, which we animals and humans need to live. Billions of years ago, microalgae learned to live by photosynthesis, i.e. by harnessing sunlight and carbon dioxide from the atmosphere, and then releasing oxygen instead. Even today, between 70 and 80 percent of the oxygen we breathe comes from the algae in the oceans.

Algae also form the basis of the marine food chain, and produce substances that are essential to life of all animals living in the oceans. For example, omega-3 oils in fatty fish and the red color of salmon and shellfish come from algae. It is these substances that are so nutritious for us humans as well.

Land-based plants use up their energy forming roots, stems and leaves, in addition to all the beneficial and healthy vitamins, fatty acids and antioxidants they produce.

By contrast, the tiny single-celled algae work as small solar factories in a miniature format, where all the energy they absorb from the sun is used to make these very special bioactive substances: 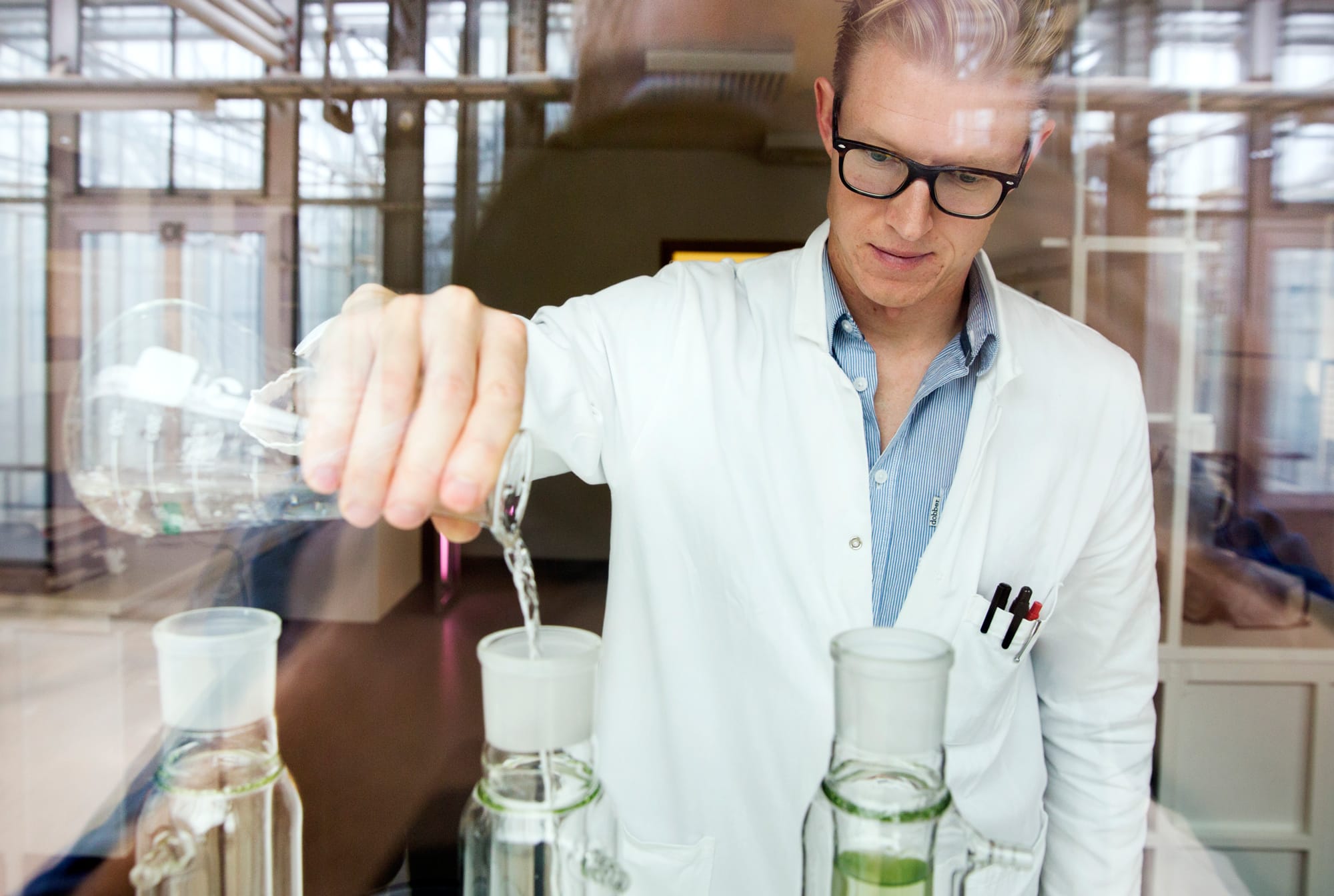 Algae farming, an ancient art for the future

People have cultivated and consumed algae since ancient times, due to their superior nutritional value. In South America, Africa and Asia, people still harvest algae from natural lakes, or grow them in simple basins where the stirring is performed manually. The harvest is done by straining algae water and letting the sun dry the algae mass on draining cloths or in sand pits.

In the latter half of the twentieth century, interest took off to grow algae on an industrial scale, initially in order to solve the imminent food supply problem as a result of the earth’s rapidly growing population. During the oil crisis in the seventies, research also began to use algae as a feedstock for renewable fuels, and to replace fossil crude oil with crude oil from algae.

During the past decade, interest in algae farming is growing again, and technology is developing at a fast pace. Algae are grown on land in open ponds or in high-tech closed systems, to obtain the desired oil or other important products. Today, farmed algae are used commercially for many exclusive products such as cosmetics, pharmaceuticals, food and health supplements.

The sun-packed treasure from the Sea

There are hundreds of thousands of different varieties of algae, but only a fraction have been researched and characterised. Only about a dozen species are cultivated commercially today. You might already be familiar with spirulina, chlorella or the powerful antioxidant astaxanthin, which comes from algae.

Algae naturally produce many unique substances, which are vital for human and animal health and well-being. In the quest for natural food and health products, we think that algae are a fantastic and virtually unexploited resource. It is our mission at Simris to harness these beneficial substances, so that more people can enjoy these sun-packed gifts of the sea.

Algae as a healthy and sustainable oil crop

Algae are a new, healthy and environmentally friendly oil crop for tomorrow’s precision farming. Algae farming is very area-efficient compared to other land-based crops, and can provide 22 times more oil per hectare than canola under Swedish climatic conditions. In addition, algae farming does not compete for valuable agricultural land for food production. Algae farming is really environmentally smart and can replace unsustainable oil production in several areas.

Algal oil is a valuable commodity for many healthy and nutritious food and health products. And just like the sunny yellow canola fields give us oil for both food and bioenergy, algae oil can also be used for both healthy food and renewable fuels.

Save the climate: Replace fossil oil

Algae are nature’s way of storing solar energy, and crude oil from algae is similar to fossil crude oil. An advantage when farming algae for fuel production, is that industrial emissions and waste streams can provide the necessary raw materials, ie. carbon dioxide and nutrients. This permits both recycling, as well as the production of new energy in the form of liquid fuels.

Cars, passenger aircrafts and heavy freighters have all successfully been run on algae fuels in commercial operation. In about a decade, algae can play an important role in the energy mix of the future.

Save the rainforest: Replace palm oil

Palm oil, a vegetable fat common in foods, soaps and skin care products, is one of the greatest environmental tragedies of today. Our tropical rainforests are destroyed to make place for oil plantations. This leads to large emissions of greenhouse gases and the destruction of both plant and animal habitats. Most tragic of all, palm oil is not even particularly healthy, because of its high levels of saturated fat.

Several of the global corporations that consume millions of tonnes of palm oil per year are investing significant resources in research and development of algae farming. In the future, healthy and environmentally friendly algal oil can replace the unsustainable and unhealthy palm oil.

Save the Seas: Replace fish oil

Fish oil is a high-demand commodity due to its content of the marine omega-3 oils EPA and DHA. The growing demand creates serious issues, including large-scale trawl fishing, causing overfishing and the destruction of marine habitats. The industry anticipates “Peak Fish Oil” as soon as 2017. Here, the supply of fish oil will no longer suffice to meet the growing multi-billion dollar market.

The omega-3 oils found in fish oil do, in fact, come from algae, that the fish ingest through their food. By growing these algae instead, and extracting the oil directly from them, you get a completely plant-based alternative that contains the same beneficial omega-3 oils as in fish oil. In this way, we can do good both for the oceans and for our health. This is the reason we at Simris have chosen to grow algae to produce omega-3. 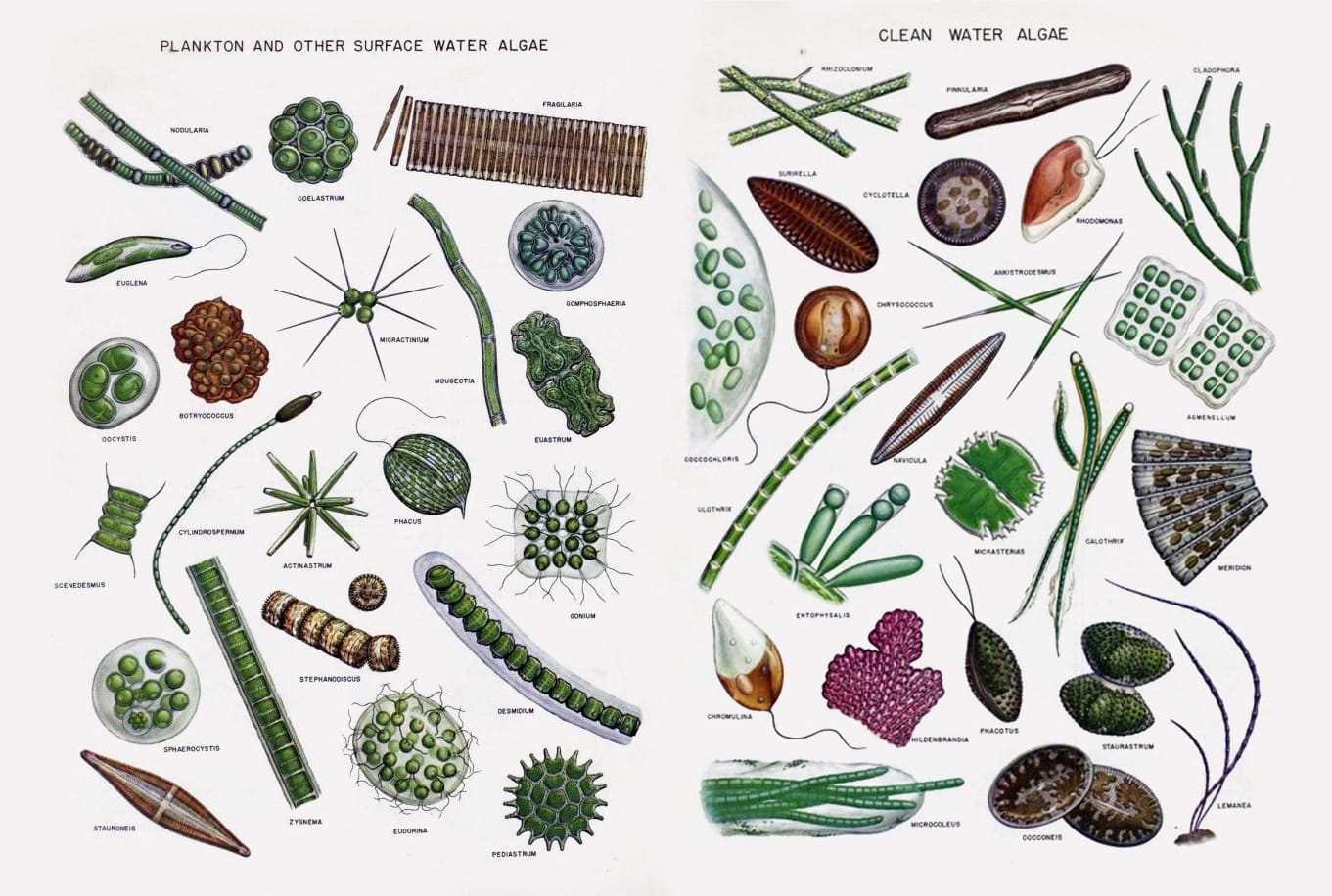 With hundreds of thousands of varieties of algae to choose from, it is safe to admit that the potential of algae has yet to be explored at its fullest! At Simris, we are fascinated by the diversity of the wonderful world of algae and we have made it our mission to spread the love we share for them.

The supergoodies that Simris offers, all feature different types of algae, some that are already enjoying some fame, and others that are yet to become the stars that they deserve to be in the food world. It is our mission to introduce everyone to the diverse world of algae, one step at a time. Have a look at the Simris Algaepedia, for a unique “behind the scenes” view of our algae supergoodies and the algae that they feature!

The colours or patterns seen on the packaging of the Simris Select products, are all inspired from the algae each product features!

Chlorella vulgaris is estimated to have been on Earth for more than 2,5 billion years!

Dunaliella, the “saffron of the sea”

Dunaliella was first discovered in 1838 in southern France. Although it’s technically a green algae, it can have such high concentrations of carotenoids, that it turns red or bright orange!

Haematococcus, the “Astaxanthin one”

Scientific name: Haematococcus pluvialis
Style: Green and round with whiskers, single-celled
Skills: Under bright light and the right conditions, it transforms into larger red cells filled with astaxanthin!
Thrives in: Anything from rain pools near the ocean to freshwater lakes, mainly in temperate regions
Starring in: Simris® Algae Omega-3 for Athletes, Boosting Astaxanthin

Haematococcus is a free swimming algae, known for its high concentration of the strong antioxidant astaxanthin. The astaxanthin is believed to protect the Haematococcus cells from UV-radiation!

Phaeodactylum is our very own favourite algae and roommate. It actually lives and grows together with Team Simris in our Algae farm in Hammenhög!

Instead of living on sunlight, Schizochytrium like to eat lots of sugar and transform it to nutritious omega-3!

Scientific name: Arthrospira platensis
Style: Blue and long and curly (helical shaped). Arthrospira form colonies (superstructures) with each other
Skills: Packed with vitamins, minerals, beta-carotene and antioxidants! They also have very high protein content, with a well-balanced composition of all essential amino acids.
Thrives in: Shallow tropical and subtropical lakes in Africa, Asia and South America
Starring in: Spirulina Sprinkles

Arthrospira platensis are in fact blue coloured! They have been harvested for food purposes since ancient times. And check out those skills of theirs, that’s a lot of goodies in one algae!