Farmed, grown and harvested in Sweden 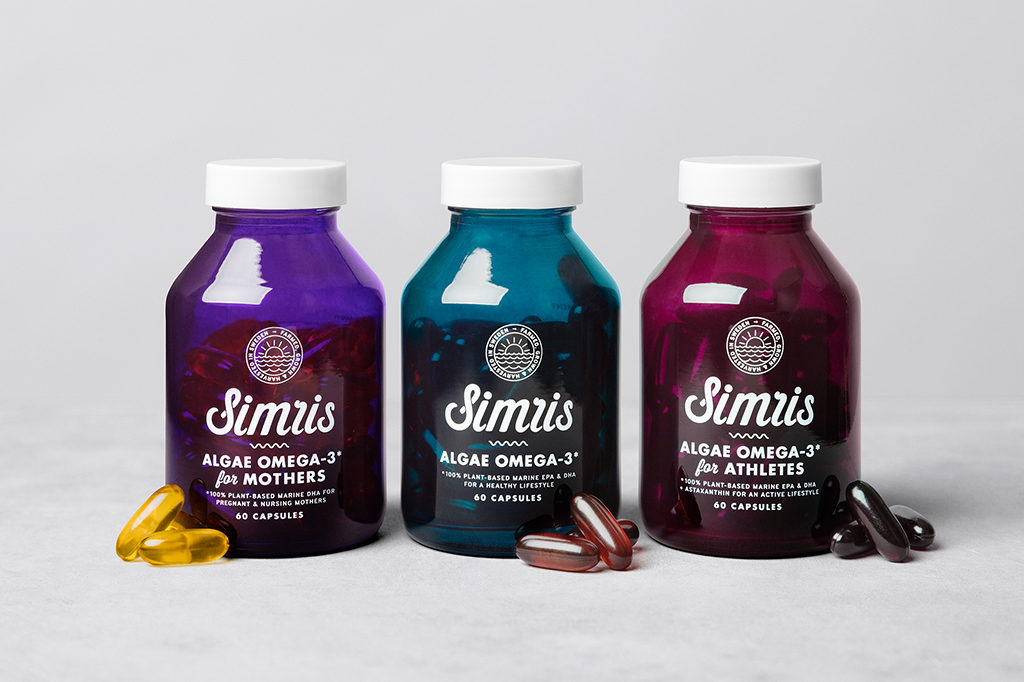 Simris® Algae Omega-3 is an exclusive line of omega-3 nutritional supplements, with marine omega-3 EPA and DHA from farmed algae.

The Simris® Algae Omega-3 products are entirely plant-based and contain the same nutritious omega-3 found in fish-oil or krill, although directly from the algae that the fish get their omega-3 from to begin with. The omega-3 EPA oil comes from our own farming in Österlen, and the DHA-oil from algae farming in Europe. Our algae are cultivated in closed systems in greenhouses, guaranteeing highest quality and food safety, without risks of environmental toxins.

Fall in love with algae ❤

Normally, we obtain the essential marine omega-3 oils from our diet, but not everybody eats enough fatty fish. Many people are concerned with the high levels of environmental toxins and heavy metals in wild fish, and prefer taking supplements with omega-3 in the form of fish oil capsules instead. Omega-3 supplements are also very popular among athletes.

At the same time, the threat of overfishing in our oceans is becoming more serious. Did you know that it takes 600 sardines to produce a bottle of omega-3 capsules from fish oil? It is much smarter to go straight to the source, and to take the omega-3 oil from algae instead. The marine omega-3 oils DHA and EPA found in algae are exactly the same as in fatty fish – because the fish get their omega-3s from the algae in the first place. 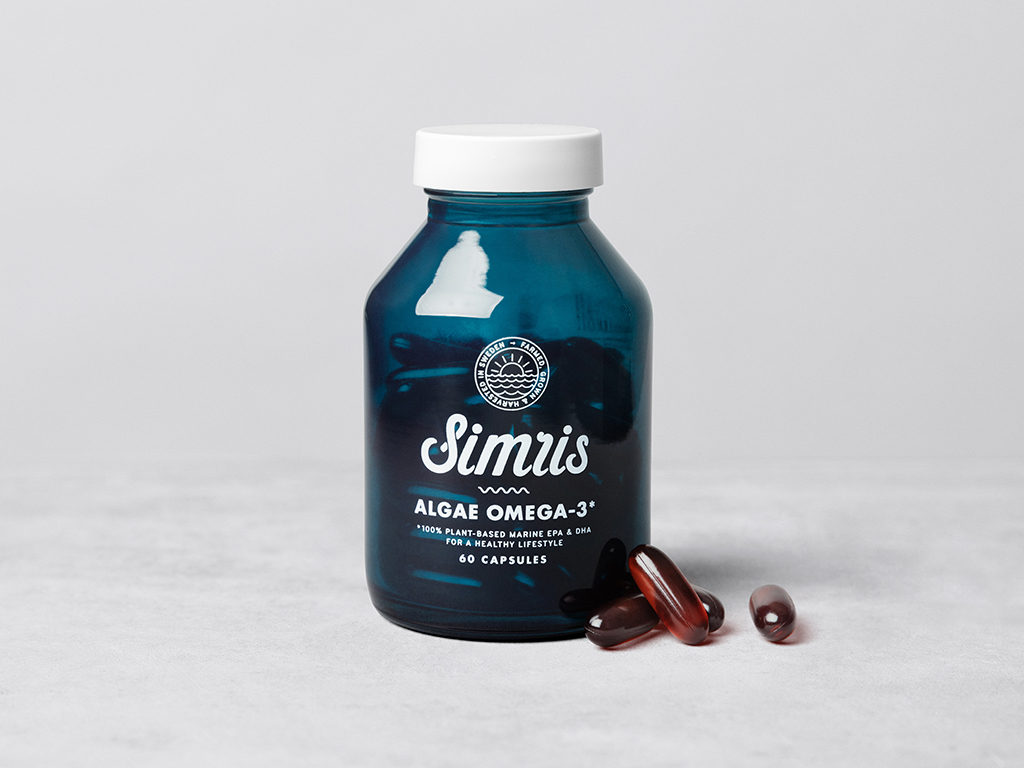 Simris® Algae Omega-3 is 100% plant-based marine EPA and DHA for a healthy lifestyle. Made from farmed algae naturally rich in omega-3 EPA and DHA. A daily serving of two capsules contains at least 700 mg omega-3, including 200 mg DHA and 50 mg EPA from farmed algae, as well as 450 mg ALA from cold-pressed flaxseed oil. Our omega-3 is free from environmental toxins. 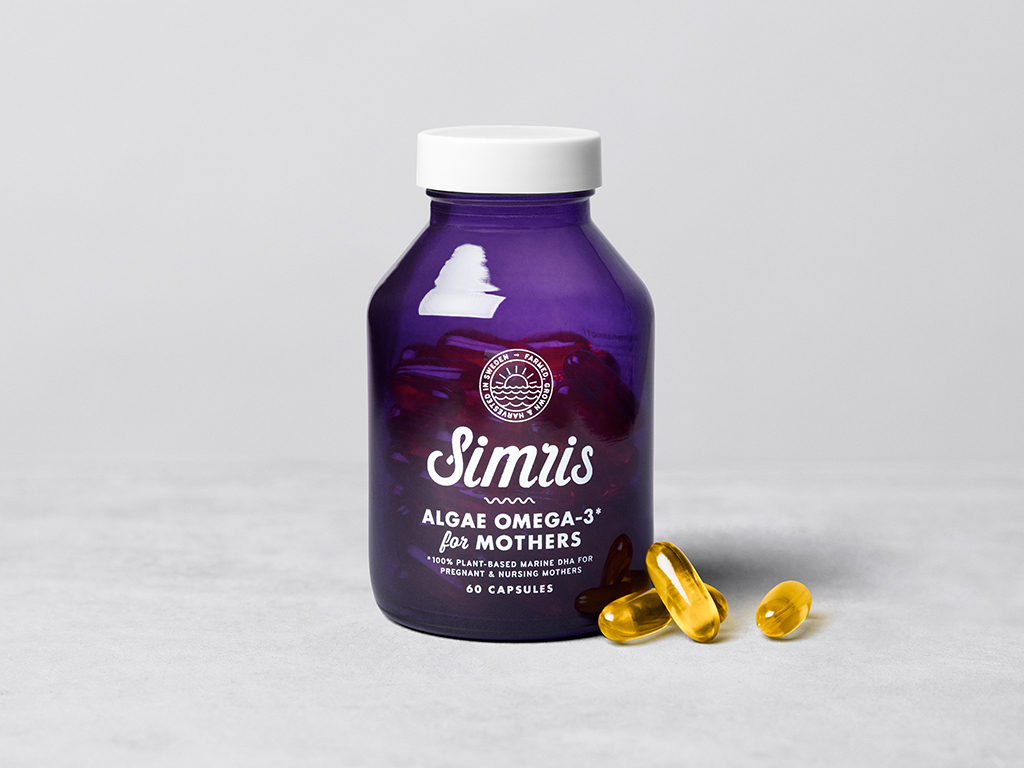 Simris® Algae Omega-3 for Mothers is 100% plant-based marine DHA for pregnant and nursing mothers. Made from farmed algae naturally rich in omega-3 DHA. A daily serving of two capsules contains at least 700 mg omega-3 including 200 mg DHA from farmed algae and 450 mg ALA from cold-pressed flaxseed oil. Our omega-3 is free from environmental toxins. 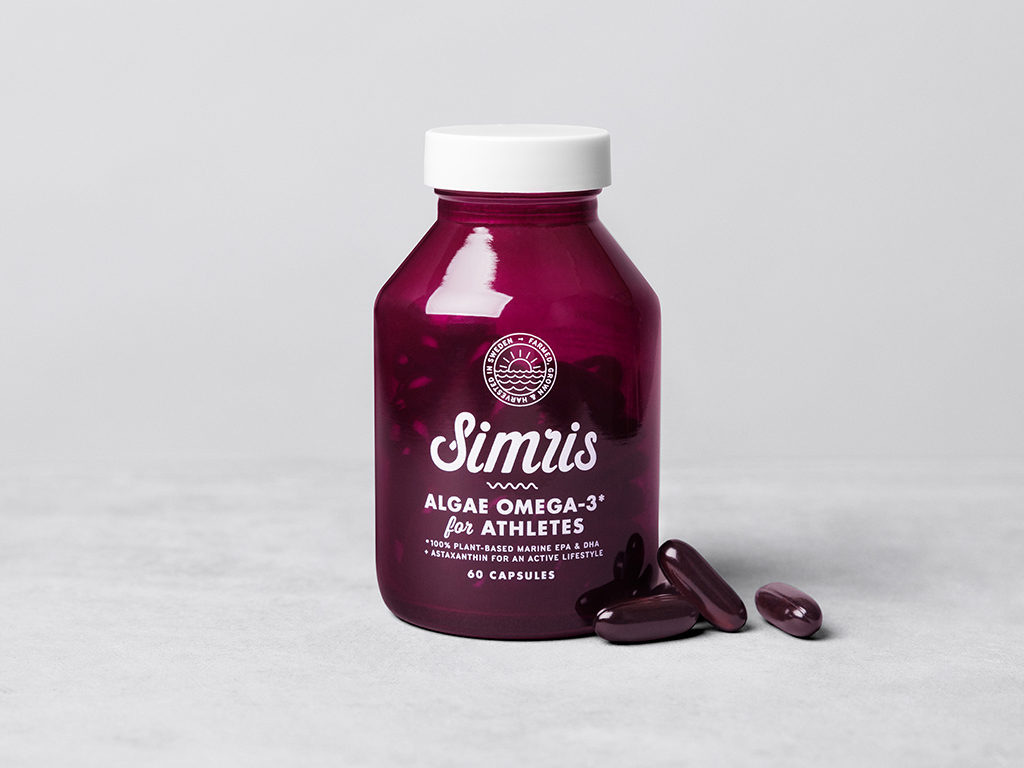 Simris® Algae Omega-3 for Athletes is 100% plant-based omega-3 EPA and DHA with an extra boost of astaxanthin. A daily serving of two capsules contains at least 700 mg omega-3 including 200 mg DHA, 50 mg EPA, and 4 mg natural astaxanthin from farmed algae. Made from farmed algae naturally rich in omega-3 and carotenoids. Our omega-3 is free from environmental toxins.